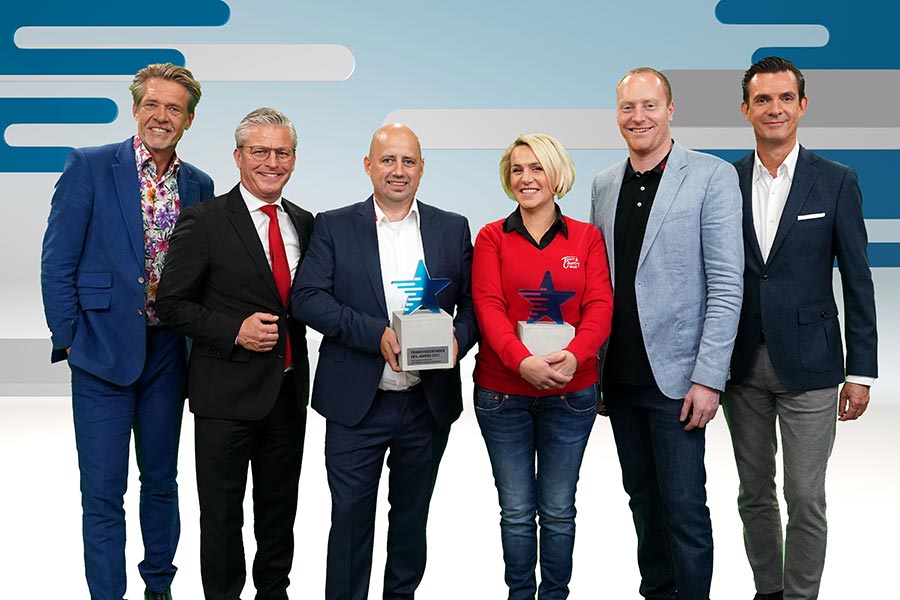 Dreieich / Kassel, 1. November 2021. Once a year, the German Franchise Association (Franchise Verband e.V.) honours systems and particularly successful franchisees for extraordinary achievements and the associated positive external perception of franchising with the Franchise Award.  The leading association of the German franchise industry honoured not only the franchisor of the year but also the franchise founder of the year 2021in a hybrid event last Thursday. This year, the award went to no less than two founders. One of them: Mike Siegmann, owner of REDDY Küchen Kassel.

The jury was convinced by Mike Siegmann's motivation, his ambition to succeed and his key financial figures: "When we founded the company REDDY Küchen, everything fit: the people involved, the products, the support during the start-up. This was to continue with the development of the location. Already in the first two years, turnover and the number of employees clearly exceeded the target," said the jury, explaining its decision.

Mike Siegmann is pleased about the special award, but at the same time emphasises: "This award belongs at least in equal parts to the REDDY headquarters. The team has supported me from the very beginning. And it has played a major role in shaping my path to success by helping me in my everyday entrepreneurial life with very different services and has shaped a unique spirit within the REDDY family."

The Managing Director duo of the Dreieich franchise headquarters, Frank Schütz and Andreas Stechemesser, are also pleased: "We congratulate Mike Siegmann most warmly. He opened REDDY Küchen Kassel in 2018 with one employee. Today he employs ten. His success underlines very impressively how the leap into self-employment can succeed with REDDY Küchen."

to the press release